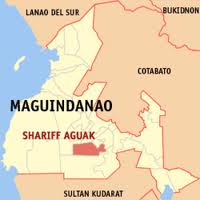 COTABATO CITY, Philippines - Efforts to restore normalcy in conflict-devastated areas in Maguindanao got another push with the visit to the province of an envoy from New Zealand and representatives from the United Nation’s Food and Agriculture Organization (FAO) to distribute farm inputs and tools.

New Zealand Ambassador Reuben Levermore and FAO’s representative to the Philippines, Kazuyuki Tsurumi were accompanied by officials of the Autonomous Region in Muslim Mindanao, led by Dr. John Magno, when they toured and met with local leaders last Jan. 17.

Magno, who is chief-of-staff of ARMM Gov. Mujiv Hataman, told The Star Wednesday that Levermore and Tsurumi were briefed by officials of the regional Agriculture Department on activities of the ARMM government for ethnic Maguindanaon farmers.

There is fragile peace now in Maguindanao, apparently ushered in by the continuing peace talks between the government and the Moro Islamic Liberation Front.

Levermore and Tsurumi also met with farmers in Barangay Madia in Datu Saudi town, one of the municipalities badly affected by military-MILF hostilities in recent years.

The two dignitaries led the distribution of farm tools and other inputs, such as seeds and fertilizers to local Moro beneficiaries in Barangay Madia.

The FAO and the ARMM’s Department of Agriculture and Fisheries have been providing farmers in conflict-devastated areas in Maguindanao with livelihood technology, including the use of organic fertilizers using ingredients that are readily available in their surroundings.

Both dignitaries were also taught by local farmers, led by a government agriculturist, Nanding Sayutin, on how to produce organic fertilizers in a brief show while in Barangay Madia.

The GPH-MILF peace negotiations, which started Jan. 7, 1997, are being assisted by foreign governments and international peace advocacy outfits fused together as the International Contact Group, whose involvement in the talks has written imprimatur from both sides.

The spokesman of the mayors’ league in Maguindanao, Northern Kabuntalan Mayor Ramil Dilangalen, said the engagement of Levermore and Tsurumi with local farming sectors was a tacit indication that the province has gradually been reeling off from the adverse effects of armed conflicts.