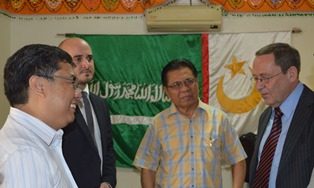 For its part, KAS reiterated its support to the development of "genuinely principled political parties", one of the features of the proposed Bangsamoro new political entity.

The statement added that "a well-processed bill that goes through the legislative mill, with the certification of the President as urgent, will stand much better chances of smooth-sailing passage in both the Senate and the House of Representatives."